June is our month to honor our fathers.
What children’s book makes you think of your dad? “And because he’s egg-sitting, he can’t go off to the sea to feed. So that means two whole months with an egg on your feet and no dinner! Or breakfast or lunch or snacks.”
~ The Emporer’s Egg

With June honoring fathers, let The Emperor’s Egg serve as a shout-out to all those single dads, stay-at-home fathers, and any guys who shoulder the bulk of child-rearing. And yes, I’m also talking about penguins here.

The Emperor’s Egg draws us into Antarctic family life from a male Emperor penguin’s point of view. After the female lays an egg, she disappears to feed all winter. The male warms, protects, and hatches the egg, then feeds the chick until the female finally returns to land.

Stellar non-fiction picture books intertwine facts with emotion-evoking narrative. In The Emperor’s Egg, author Martin Jenkins slips in non-fiction tidbits while getting us to really care and root for the penguins. Illustrator Jane Chapman’s soothing acrylics capture charming penguin body language, while bringing life and depth to a barren landscape.

Whatever your family situation, if you’re looking for a Father’s Day book that really embodies dad devotion, check out this gem. And when it gets really cold and windy, they all snuggle up together and shuffle over the ice in a great big huddle.
~ The Emporer’s Egg

THE EMPEROR’S EGG is an EGGcellent tribute to fatherhood; plainly stating the sacrifices that are made as the Emperor patriarch. I love how the narrative begins with the extremes of nature while the illustration portrays a simplistically painted landscape. The illustrations are seemingly simple, yet masterfully rendered. Much like the extremes of the Arctic cold and starvation, the bold brushwork allows the onlooker to feel the heaviness of the dire situation. Then, CHIP, as though the sound of the newborn chips away the icy cold, the narrative and brushstroke’s shift and we are introduced to the feathery ways of parenting a penguin chick. This to me is a true picture book, as neither the narrative nor the illustration would behold such beauty, if it weren’t for the other. A true union that hatches a gem worthy of royalty. There’s something special about waddling penguins, newborn babies, and doting dads. Martin Jenkins, author of Chameleons Are Cool and Grandma Elephant’s in Charge, combines them to add another irresistible animal-centered picture book to the Read and Wonder series. Through Jenkins’ enthusiastic and conversational writing style young and old readers will fall in love with the biggest penguins in the world. Their unconventional, gentle, and efficient tag team-style cooperation toward making a family offer subliminal inspiration to us humans as we strive for a higher level of selflessness and commitment. Jane Chapman’s lifelike illustrations and Jenkins’ clever footnotes pull the story together for an authentic nonfiction experience. If you enjoyed National Geographic’s March of the Penguins, you’ll enjoy The Emporer’s Egg. We want to hear from you!
What children’s book makes you think of your dad? 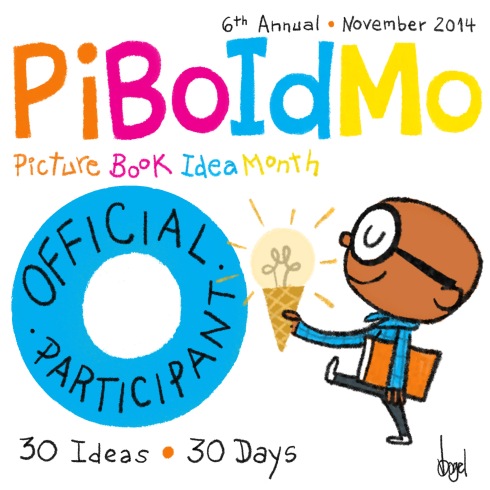